With all the new reveals coming out last weekend, I figure its time to start looking at my existing Horus Heresy force and what I want to do with them.

With a bit of luck the type of launch we are going to get will mean that I have the chance to get more than the 10 or so games in that I managed of the first edition.

Below you can see the Ultramarines I have dug out that can be used for the Heresy, I plan on adding to them - although mostly that will be vehicles, and starting a Traitor force. 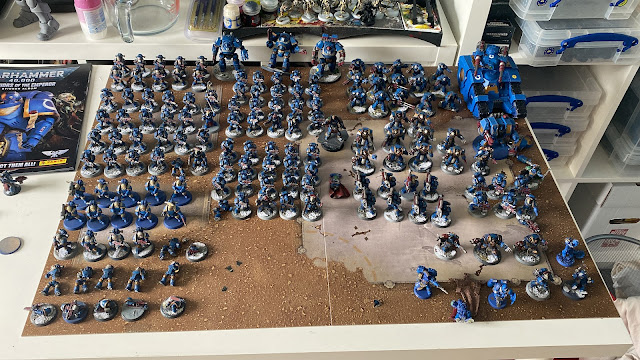 The image consists of: 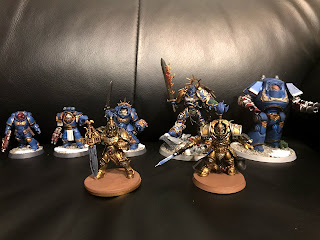 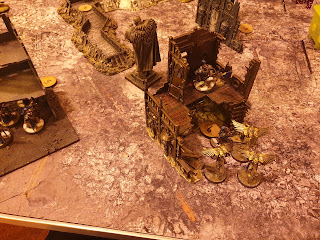 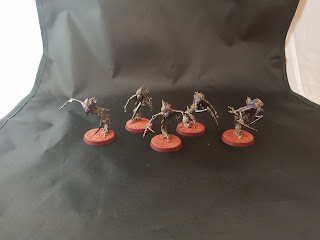 In all the years I have been playing Necrons i have never actually used Flayed ones, despite once upon a time owning the original metal ones.  Not too keen on Finecast, and following on from someone elses idea below: credit to: http://www.kriswallminis.com/2018/09/a-simple-head-swap.html I then went a looking at Nighthaunt models for what I could do to make some Flayed Ones that are a little different.  As I was trying to figure this out I was attending an Age of Sigmar tournament, where I saw these models in the flesh (as such) https://www.games-workshop.com/en-GB/Nighthaunt-Dreadscythe-Harridans-2018 Straight away I knew that these looked more like flayed ones, with the scythe arms for flaying! I then lucked out even further as a night haunt player was selling some unpainted models (I also nabbed something else for conversion, but more on that later!) The conversion is pretty easy, taking off the heads, and then using the necron spine from