on October 12, 2020
I started collecting Necrons way back in 2001, when they got their first standalone Codex.
Since then I have played the army many times, before eventually selling it to the tail end of 6th.
Below is a picture of my Necron Warriors first painted waaay back in 2001. Badly done eyes and sandblasted detail was my approach for them! 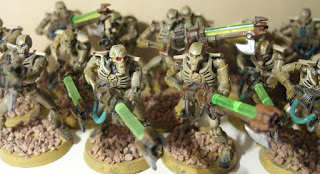 Followed up by my Necron Tomb Spyder, the start of my second Necron army, at the beginning on 8th (just before the release to be fair). This was my plan for the new scheme. 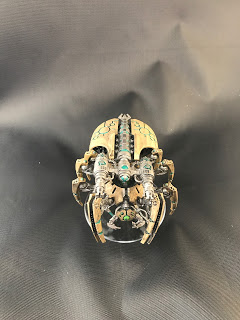 Then came the purple and silver. I decided the painting Sandblasted models was a bad idea, and going with silver with Purple was the way forward, I reckon I got about 20/30 models painted like this in total. 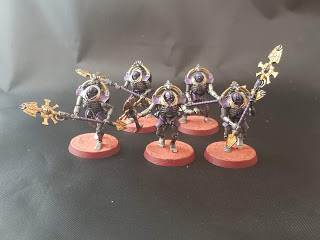 And finally, my paint scheme for 9th, a mix of the two, Contrast paints are amazing for speeding this process up, and so far I am pretty happy with the outcomes! 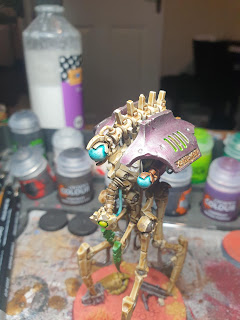 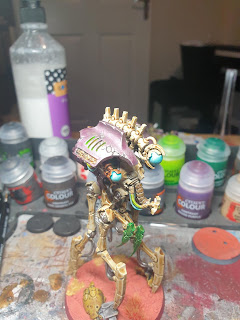 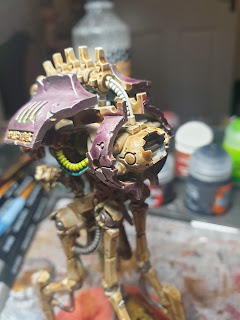 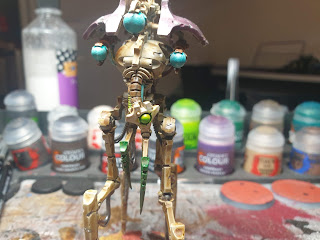 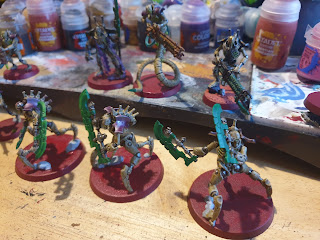 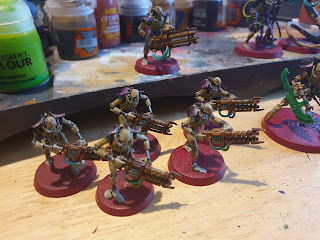 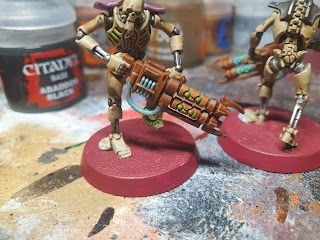 So far this scheme is working well for me, with around 30 models done and another 60 well on their way!
Hopefully a few more pictures on the blog over the coming weeks as I dip my toes back into the list writing and model painting! 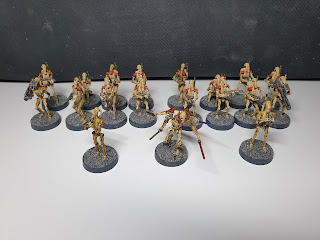 For a while these droids sat on my paint table (or in a box near it at least) with the first contrast paint on.
I didn't know how to finish them, then I went back and revisited the movies, and realised that I much prefer them with just a few more colours on.

Now I just need to finish the Droiddekas to have my starter set painted! 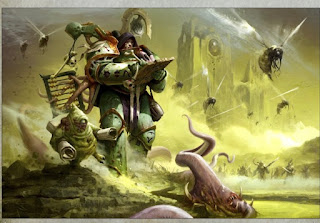 Edited!
But leaving up my wrong assumptions as I was wrong!
To be clear, I now appreciate that the unit you summon requires the Daemonic Ritual rule to allow you to summon them, this reduces the initial lists (although you can see the updated list at the very bottom in yellow highlight)
The aim of leaving this wrong article up is to show people that we can all make mistakes! As  I didnt want to post something then be accused of hiding my mistakes, I ain't infallible!

With the Deathguard firmly in my sights as both a good opponent for my Ultramarines, and as my second army I have turned my head towards some considerations for their army lists, and specifically what they can look to summon as part of their Daemonic Ritual.

I do have a few questions meandering around my head (so any thoughts or opinions are welcomed).

First up lets look at the wording


The above rules doesnt read clearly to me, but I had it pointed out to me that the unit you summom must have the Daemonic Ritual ability- -…